The Thoughts and Adventures of a Lincolnshire Polytheist

Good evening. I’m spoiling you all aren’t I? Two posts in a week(ish).

I normally reserve reviews for my other blog, rosemariecawkwell.wordpress.com, but I thought I’d write this one here for a change. It seems relevant. I have a standard format for reviews, which, if you’ve ever been to my other blog, you’ll probably be familiar with. Onwards then. 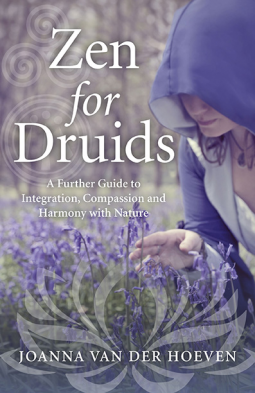 END_OF_DOCUMENT_TOKEN_TO_BE_REPLACED

I should write more often

But I’m terrible at keeping up a correspondence with anyone.
I’ve been busy with my MA for the last seven weeks and I’ve just handed in my first assessment. I am also broke. That’s normal for me, I suppose, but I wish it wasn’t. Studying is going well amd it’s good to be back in am academic setting even if it is only one day a week. Actually, one day a week suits me, since I end up spending the next day exhausted, sleeping or curled up on the settee crafting. I’m in love with the university library, and it’s great to be able to discuss writing with my peers. I’m hoping to go to a writer’s conference next year. Some of my classmates are going so I should be able to get through it without too much panic, I just have to find the money for the ticket and train fare.

Winter is finally here, we had our first hard frost on Friday. It was great, I love a good frosty morning. Don’t enjoy the cold so much but that’s what layers are for. There’s something clean and cleansing about a hard frost in winter, when the air bites and breath smokes in the clear skies.

I’ve been ill, with a cold. I’m in to week three and I think I’m finally feeling better though I gave people a scare on Wednesday at Lincoln train station. I suddenly lost the ability to breathe, it felt like there was no room in my lungs. Asthma, it’s a sneaky bitch. I have also had my flu jab, because flu is viral hell and I’d rather not get that sick ever again. If you’re in one of the groups recommended to get a ‘flu vaccine and covered by the NHS, I heartily encourage you to get it, not only to protect yourself but to protect those who rely in herd immunity for protection. If you aren’t in the groups recommended to get the vaccine free from the NHS, but can afford to pay for it then I would encourage you to, for the same reasons. We all have a responsibility to look after the vulnerable in our communities and vaccines are a simple yet effective tool in doing so.

We’re in to Blodmonath in the Anglo-Saxon calendar, the blood month or sacrifice month when the herds were thinned to get through winter. It is the final harvest. I suppose it could be considered fitting that Remembrance Day takes place in November, the origin if which should have been the final harvest, the war to end all wars, a day of mourning for the bereaved. Unfortunately, the whole purpose seems to have changed from mourning to militarism. In the early days the parades were made up of grieving families, later, after the Royal British Legion got heavily involved – it is their biggest fundraising event -, as they still are, the parades became heavily militaristic with soldiers taking centre stage. The whole meaning of Remembrance Day has been co-opted in to jingoistic support for war, and the symbolism of the poppy a toy for right wing parties to throw around and bully people with.

The white peace poppy arose in 1933 as a response to what people saw was happening with the red poppy symbol. The Peace Pledge Union has been steadily and steadfastly promoting the symbol ever since. I only heard about the peace poppy a few years ago and I’ve slowly come round to the idea of wearing a white poppy or not wearing any poppy at all.

I was brought up to always wear a red poppy in November and that not wearing one, not donating, was disrespectful to the dead and to those service men and women still fighting. It makes me uneasy to walk past air or army cadets with their boxes of paper poppies ob a string round their necks and collecting tins in hand; both because they are children wearing soldier’s uniforms and I find that sick, and because I still have the urge to donate due to social pressure.

Politicians don’t care about soldiers, they use them to score points off each other. If they actually cared as much about soldiers and their surviving families as they do about poppy  symbolism then charities to support them, whether it’s the RBL or Help for Heroes, wouldn’t have to exist.

I’d rather support the cause of peace, and honour the original intention of Remembrance Day: never again.

For more on the PPU and the peace poppy see here.